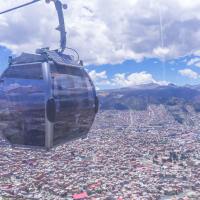 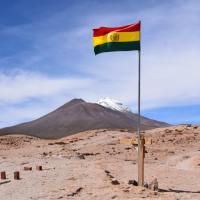 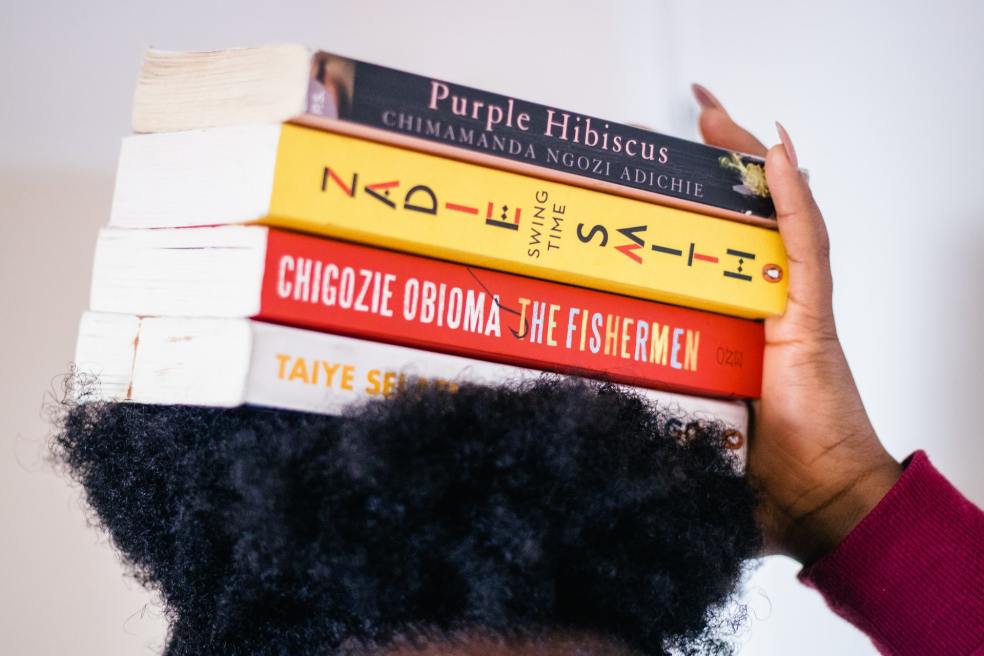 These recommendations are in part based on research conducted to derive best practices for African-American students on college campuses, particularly those who attend Predominately White Institutions (PWIs).  Additionally, a few of these recommendations are informed by hour-long interviews with a three currently enrolled Slippery Rock University students who identify as African-American and/or Black.

1. Hairology: The Black Hair Business – Based on both a recent event hosted by the Slippery Rock University Women’s Center and based on the concerns one of my interviewees, this one event can be developed to serves both the African-American community and educate students from other cultures about Black hair.  The event hosted below promoted a couple of Black-owned businesses in the Western Pennsylvania area, outreaching to the community to bring hair care tips and share business acumen and entrepreneurial experience with interested students.  This kind of event helps normalize Black hair, recognizes the buying power of Black women (a population often ignored by mainstream businesses), as well as fosters campus partnerships. 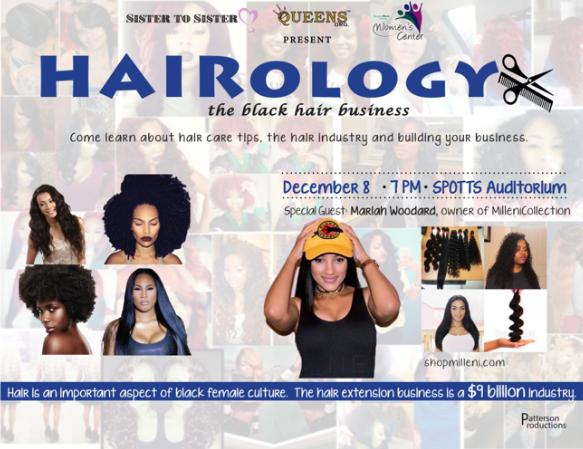 2. Microaggressions Trainings and Workshops – One type of stressor that students of color, especially Black students, experience that their White classmates don’t are racial stressors.  Microaggressions, a term that encompasses indirect racial invalidation and discrimination, includes jokes based on race and comments that undermine a minoritized student’s success such as “You did well for a ___________.” In addition to the common stresses of attending college (financial, interpersonal, academic, etc.), the added pressure of racial stressors can hurt a student’s self-concept and make them question their ability and their reasons to stay in college. These trainings, if implemented, should be directed toward all community members, perhaps in sessions tailored specifically for faculty, students, staff, etc.

3. Diversity Advisors – Based on an idea from another interview with a Slippery Rock student and information from Penn State, one institutional change that could be that underrepresented students have a Diversity Advisor in addition to their traditional Academic Advisor.  The student I chatted with liked this idea since it brought another aspect of inherent support at the institution. These Advisors can work to help students feel included on campus and provide them the tools they need if bias incidents occur.

4. Alternative Black History –  One interviewee of mine as well as William B. Harvey, former Vice President and Director of the Center for Advancement of Racial and Ethnic Equity at the American Council on Education, both recognized the inequality of the American education system in not educating students about non-White history.  They both suggested universities create programming to educate to all about Black History outside of the ‘designated’ month of February to encourage learning of this history throughout the year.  This can be done as programs hosted by a student organization or done more formally through the implementation of this knowledge within first-year seminars.

5. Extensive Transition, Mentoring, and Follow Through – Both Ohio State and Texas Tech implemented extensive transition programming and resources to their Black student populations starting in the early 2000’s and have seen dramatic improvements in these student’s graduation rates. These programs include scholarships, mentorship (from peers and community members), summer bridge programs, and dialogues about race on campus. As a current Graduate Assistant in the Office for Inclusive Excellence at Slippery Rock, I believe our Jump Start Transition Program can be improved with the implementation of campus community members serving as mentors as well.

6. Programming for African-American Men – According to Robert Littleton’s 2003 research article about Minorities in Minorities, he reveals that African-American students have the greatest gender divide in graduation rates, 38% African-American men vs 62% African-American women in the early 2000s.  He suggests that there be programming and initiatives such as specific student organizations and mentorship programs for this population of student, in order to promote not only the rate of graduation but their overall undergraduate experience of African-American men. One student I interviewed is a part of one such an organization on Slippery Rock’s campus and believes that it has benefited his growth tremendously as well as his knowledge of Black history and how he incorporates this into his identity.

7. What’s in a name? Labels of Identity – One theme that emerged from the three interviews I conducted was the idea of identity and what my students preferred being called. I distinctly remember one student saying that she preferred being called African-American over being called Black, but not by much. To her, both identifiers contained negative connotations especially the word Black as it is commonly associated with “darkness and mischief.” I can imagine an event about identity as a discussion, students talking about the merits and disadvantages of certain labels while coming to speak to their authentic identities.

8. Hashtag Campaign – Another idea from one of my interviews was to create an awareness of Black history and achievements via a social media hashtag. This specific hashtag (institution-specific or otherwise) can be used to promote Black culture and champion awareness regarding differences this population makes across the world and on the campus, a way for people to see that “Black people are out here helping.” Campus social media channels can partner with departments or student organizations that create this content and share it out throughout the year, not just in February. For example, SRU’s KINGS Org. created the hashtag #Black87 in response to Black History Month’s repeat of the same 13% of Black history each February. You can read more information about #Black87 from this piece by the Slippery Rock University newspaper, the Rocket.

9. Multicultural Graduations – These graduations, which are more of a recent phenomenon, celebrate the successes of students of color on an achievement that they often face more barriers in receiving compared to the majority population. These ceremonies are times to bring family, friends, and mentors together to send-off their students as well as a time for non-graduating to imagine themselves up on the stage. My suggestion is to involve non-graduating students in the planning process so that they feel closely tied to this celebration and the meaning that it holds for all attendees and the university community.

10. Anti-Blackness in Non-Black Spaces – Within the interviews I hosted, most of the rhetoric regarding non-Black people focused on White people, how they didn’t often attend events hosted by multicultural organizations and what it’s like being African-American at a university that is predominately White. I would love to see programming from non-Black multicultural organizations regarding their communities and anti-Blackness that can often abound. This work is work that should be undertaken from all non-Black students, in order to truly be allies to the Black community.

Have you conducted any of this programming on your campus? What other recommendations do you have for working with and educating others about the African-American subculture on American campuses? Comment below with your thoughts and ideas!

This post was created as an assignment for the Spring 2017 section of ‘Higher Education Environments, Cultures, Students’ taught by Dr. Stacy A. Jacob at Slippery Rock University. She can be contacted via email at stacy.jacob@sru.edu or via Twitter @stacyajacob.

Photo by Suad Kamardeen on Unsplash 📸